Blackcurrant syrup began life in the 1930’s when Dr Vernon Charley was researching pure fruit syrups for milkshakes. In 1938, the Ribena we know and loved was launched, taking its name from the Latin name for blackcurrants ‘Ribes Nigrum’.

During World War II, Ribena was seen as a key Vitamin C supplement for children and was subsequently rationed for the duration of the war.

Until the early 1980s the Ribena product was only available in a squash format. However, in 1982, Ribena was the first major brand to be available in a ready-to-drink carton format. Throughout the 1980s and 1990s, more products were launched including Ribena Spark, No Added Sugar squash, Ribena Twist and Ribena Smoothie.

Nowadays, Ribena is available in a range of delicious flavours including Original Blackcurrant and No Added Sugar Ribena, for you to enjoy at home or on-the-go. In 2008, the makers of Ribena unveiled the UK industry’s first ever soft drinks bottles made from 100% recycled plastic.

The Ribena berry family expanded in 2008 with the release of Ribena Strawberry in a 500ml ready-to-drink, followed by 1l Squash format in 2009. Raspberry Ribena was launched in February 2010 and is available in 500ml bottle and 288ml single carton formats.

Ribena Juiced Up was added to the product range in March 2010. Juiced Up is made from 85% pure fruit juice and 15% water, with nothing added, and counts as one of your recommended 5-a-day. The product is available in two flavours: Apple & Blackcurrant blend and Raspberry blend.

Ribena Sparkling is available in raspberry and blackcurrant flavours and the new Plus range includes Ribena Plus with vitamins A and C to help support immunity and Ribena Plus with calcium for healthy bones. 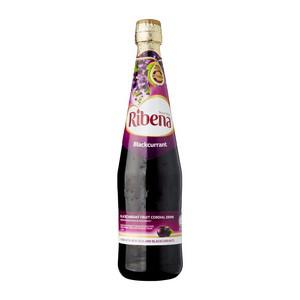 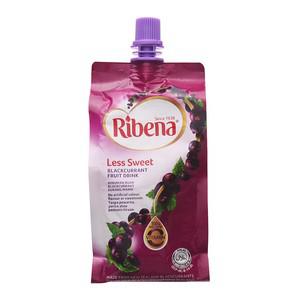 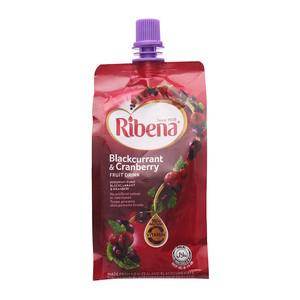